The topic this week is  “Different Perspective.”  As a photographer, we try to get the best composition before we snap the shutter.  Often, we get frustrated because it just doesn’t seem to be the right one.  Many times, just composing the photo from a different angle,  or the photographer physically moving a few inches either way can make a great difference.  I took an e-photography course last year and the instructor told us to, occasionally, look down.  For that class, I got on a very high ladder and snapped the foliage in my backyard.  Let me add, that I very seldom do this and it tells me that I should do it more often in my sessions.

For this week’s theme, I just stood on a chair and hovered over one of my cats, Misty, as she was sleeping on the bed.  I got her to look up and the result is more interesting than if I had just put the camera on the bed in line with her face. 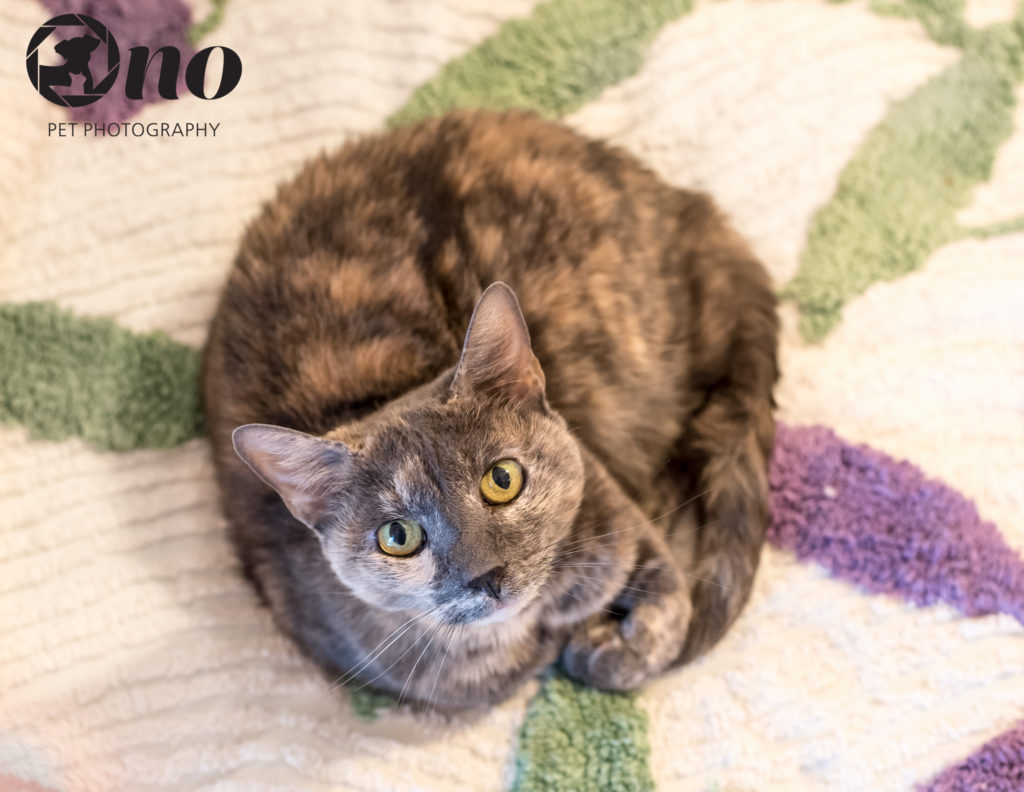 Head on over to Dog Shotz Photography serving the Indianapolis IN area to see their interpretation of this week’s theme.

Negative Space is the topic of the week.   Negative space can be defined  as “the empty or open space around an object that defines it.”  I don’t think my selected photos are a true example of negative space as there is something in that area, but busy week, so I grabbed this one as a possible example.

Just a few days ago, I photographed Glenn, a senior dachshund (about 17 years old).  This little guy can’t walk well and is incontinent, but he still has a lot of energy.  After trying, not too successfully, to take some photos on a bench, the owner suggested putting him on the floor.  Shortly after she did that, he looked up at her and I knew I had a good picture.  Have not yet finished the post-processing, but the direction of his eyes told me a bit of space was needed.  Below you can see the difference from the two different crops.  I favor the second one as it tells a bit of a story.  Those eyes seem to be asking: “Why am I down here?”, “What do I do now?”

Head on over to Natural, Playful & Soulful Pet Photography in Melbourne, Australia to see their take on negative space.

This week’s theme is “Black and White.”  I think the first thought is a photo converted to black and white.  Below is one I took of my dog several months ago.  Rather moody and not really typical of what I do. 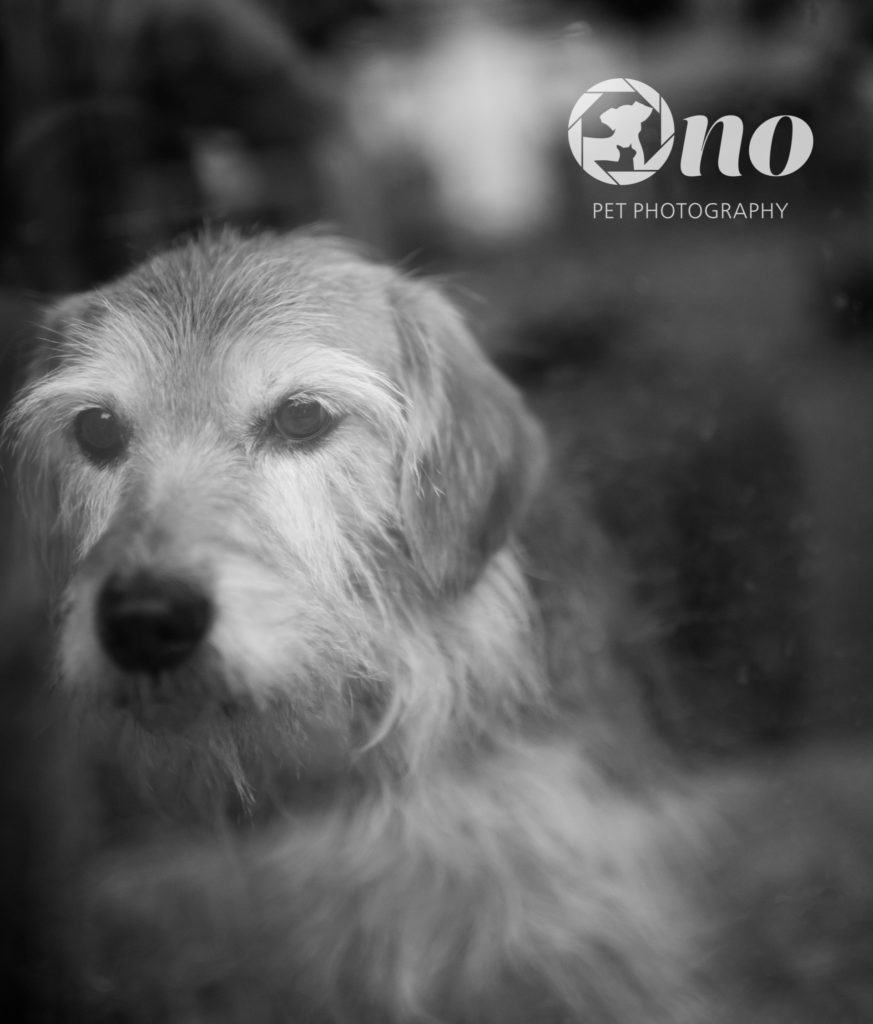 However,  I wanted to be a bit creative.  I have a black cat who is really a fabulous model.  I taped a piece of white background paper to a wall,  and then positioned a small piece of black backdrop paper in a “diamond” shape over that. NOTE: It’s not perfectly symmetrical so no need to tell me that.  I purchased a black/white throw (lots on sale now at the discount stores) and put it over a bench.  I recently acquired various colors/designs of ties that a cat or small dog could wear, so I selected a black and white tie.  I had originally wanted to photograph my black cat with my white/black cat who actually has more white than black.  However, this white/black cat is very skittish and she wouldn’t in any way sit still.  So I used only my black cat.  I placed a TD5 light stand on the side. 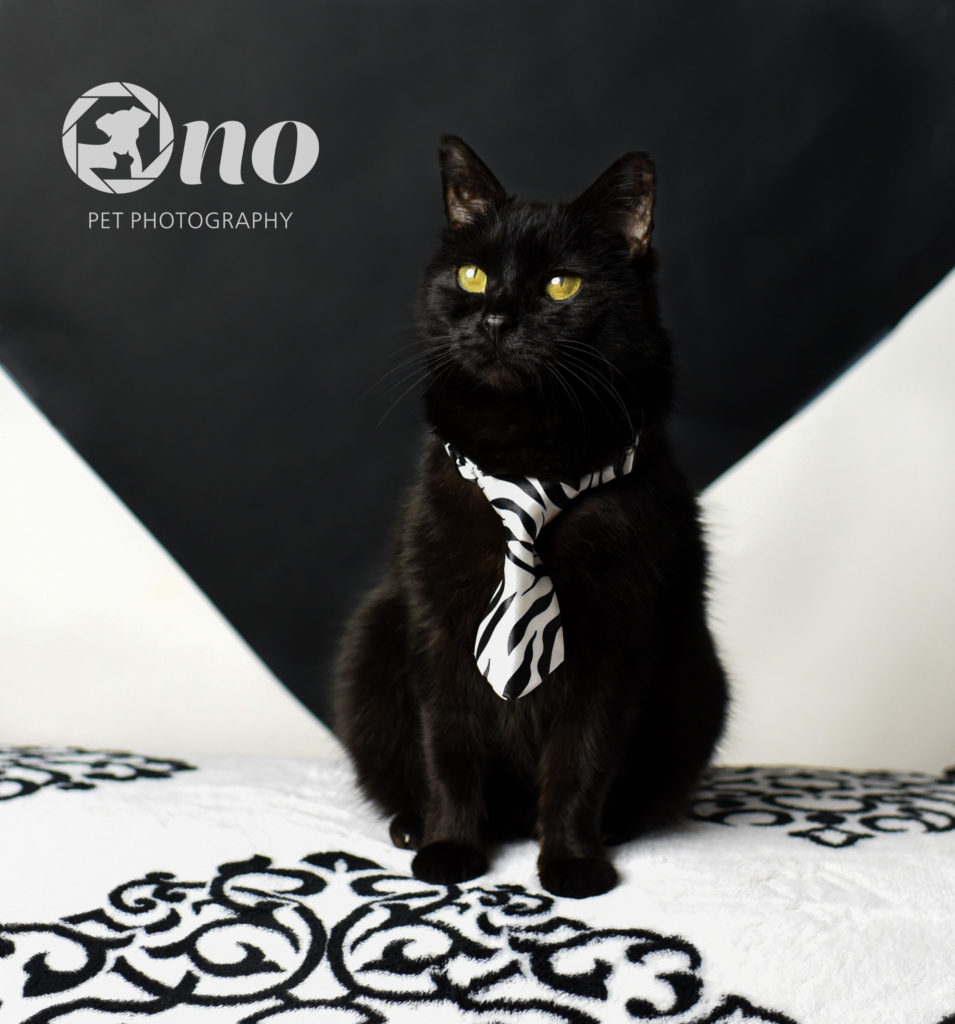 That’s my interpretation this time around of “Black and White”.  Click over to Bark & Gold Photography to see their interpretation.

New.  So many ways to interpret.  My first photo below was taken on the last day of 2016.  I classify it as “new” since this is my first full-bodied horse shot.  Although I say first, I have attempted horse photos in the past.  With my dog and cat photos, I tend to shoot close with my 35mm.  Did a little research before I shot this photo and one writer suggested to use a 70-200mm lens to shoot horses.  So, I did.  But my habit of getting close is hard to break, so many of the photos I shot that day were only half, or 1/3 of the horse.  In and of itself, they weren’t bad, but I wanted that full-body shot which I finally achieved with this one.  It’s not perfect, but not bad. 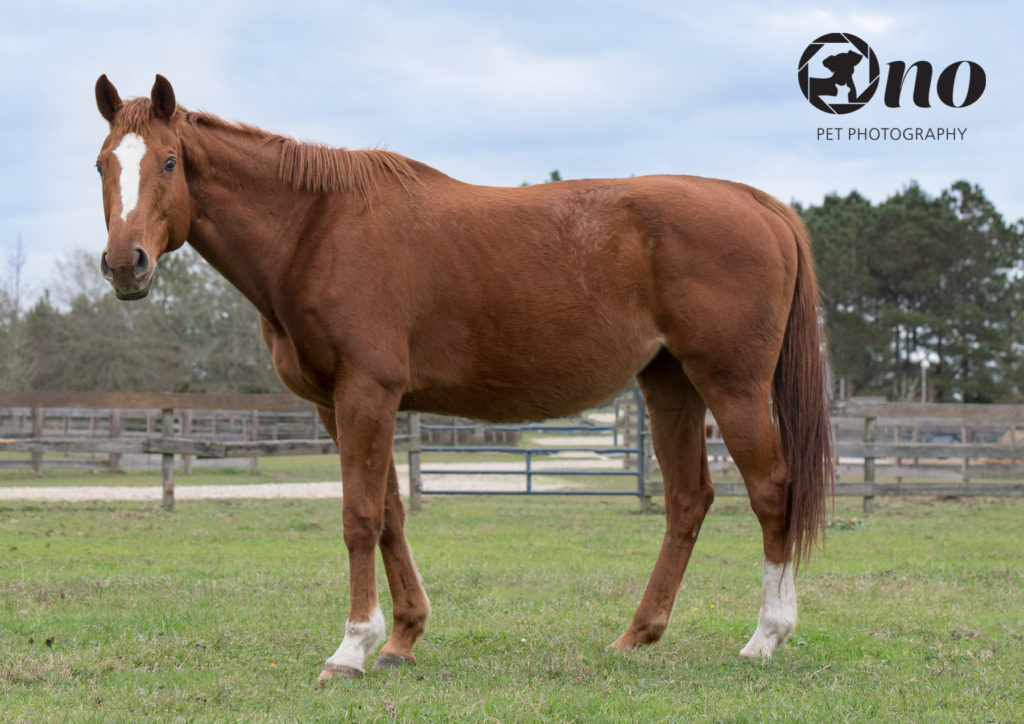 The next photo is only of people and not pets.  But I wanted to classify it as “new” since I broke thru my fear and trepidation to take it.  A photography friend of mine had a family emergency and had to go out-of-town.  He was able to reschedule all his shoots, but this one.  I initially hesitated since it’s not my usual thing, a group of people.  Plus, I always meet the people (always with their pets) before hand,  scope out the area, etc.  Wouldn’t be able to do that this time since it was the next day.  Seems that the grandparents would be returning to Florida the day after the shoot, which was Dec. 29 so they could not change to when he would return.  He asked me to take the pictures and he would post-process them when he returns.  Like I said, I was very hesitant, but the fact that he knows a lot of other photographers but he asked me, made me think that he has faith in what I could do.  The way he explained it via FM messaging,  it would be the grandparents and their daughter who lives locally.  Well, it was those three, plus their other daughter, their two sons-in-law and three grandchildren.  NINE total!  Plus, it was very windy, chilly, and a bit overcast.  Plus, one of the children decided that she didn’t want to cooperate, would rather run around, and didn’t want to even look at the camera.  Now, if this were a dog, the owner would put a leash on the dog.  Couldn’t do it this time! 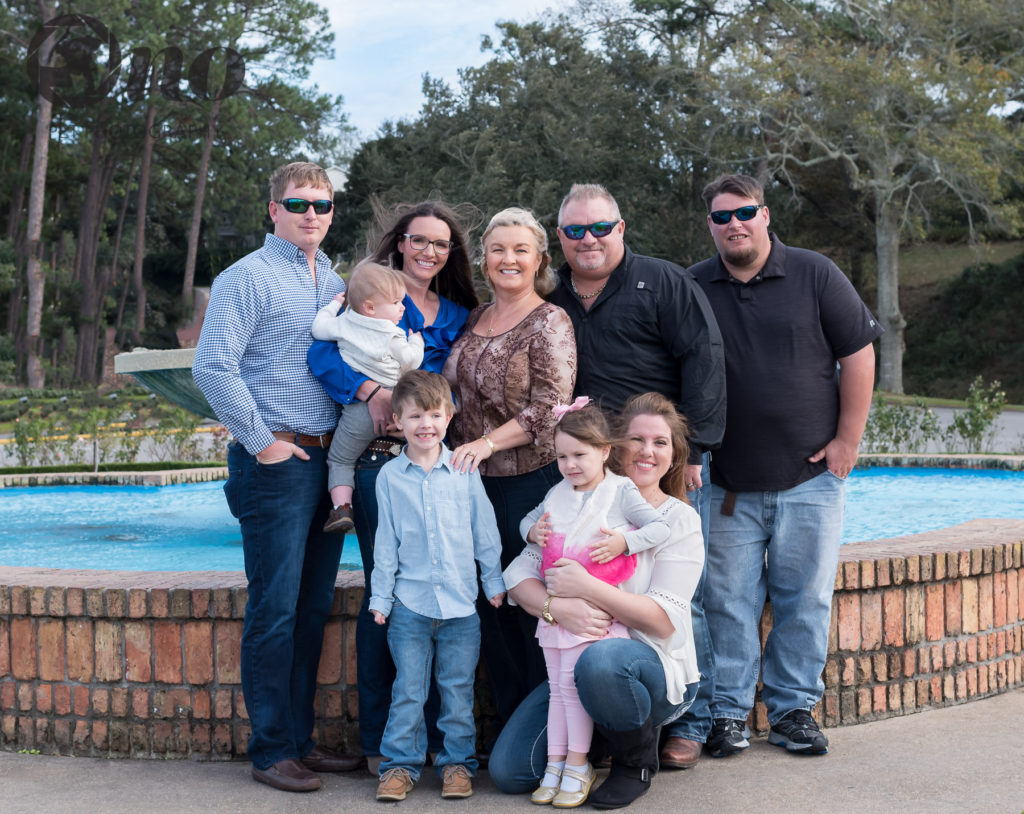 This does not mean I’m going to start including family pictures in my portfolio.  I prefer pets and will continue that way, incorporating people now and then with their pets.  But I’m proud that I overcame my fears and just pushed thru it.

Please move on to Pet Love Photography, serving Greater Cincinnati and San Francisco to see how she interpreted “New”.